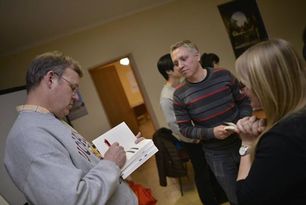 Of the 9100 hours we will be traveling between July 2014 and August 2015, we will only be teaching and training for a small fraction of that time. In some places we will be the main teachers for a multi-day, multiple sessions per day conference. In other places we will serve alongside many national staff at conferences where we will bring one or two sessions or seminars, perhaps just two hours of teaching over the course of the weekend. So while it is easiest to write about the teaching and training we will be providing in the places we go, that is actually just a part of what we hope to do while we are traveling to the countries of the former Soviet Bloc in Eastern Europe and the countries of the former Soviet Union. 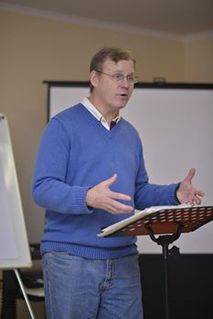 A bigger part of what we will be doing is coming alongside national leaders of small and growing student movements, and occasionally serving the churches that are in partnership with such movements. I served as a campus staff member in the US for 10 years before I became a staff supervisor, but often in these movements once you have stayed on staff more than two or three years you are considered senior staff, and the "GenSecs" (General Secretaries, the highest position of leadership in most national IFES movements) are often in their early 30s or even late 20s. So a big part of what we hope to do is to come alongside these leaders, senior staff and GenSecs, and hear their stories, listen to them speak about the movements they lead, and coach and encourage them in their ministries, to the extent we can do so. We do this in partnership with those who have a formal role in the European and Eurasian IFES as coaches and regional coordinators. We have some resources that we will bring to their movements, often books and written materials and the training of staff how to use these printed materials, but we also have experience and wisdom that can, despite cultural differences, often be of help to these young, bright and energetic campus missionaries.
So when we are, for example, in Armenia for 3 weeks with about 7 days worth of events planned, that is a key opportunity, because we will have time to get to know staff, as we live in their homes and share their meals and listen to their stories. We will leave Armenia enriched by the new-to-us family members we have met there, as well as having enriched them as well. Of course, wherever we go we go to serve, but as Jesus promised, we always expect to receive much more than we give.
For the content of our teaching, much of it will relate to or directly use the books and curricula we have authored, which are listed and linked to on the publications list page on this site. Almost everywhere we go we will be teaching leaders or potential leaders and leadership development is central focus. But some of our  content is developed from unpublished Bible studies and other resources we have, and often shaped by the more specific needs of the ministries we will be serving, and that is listed below.